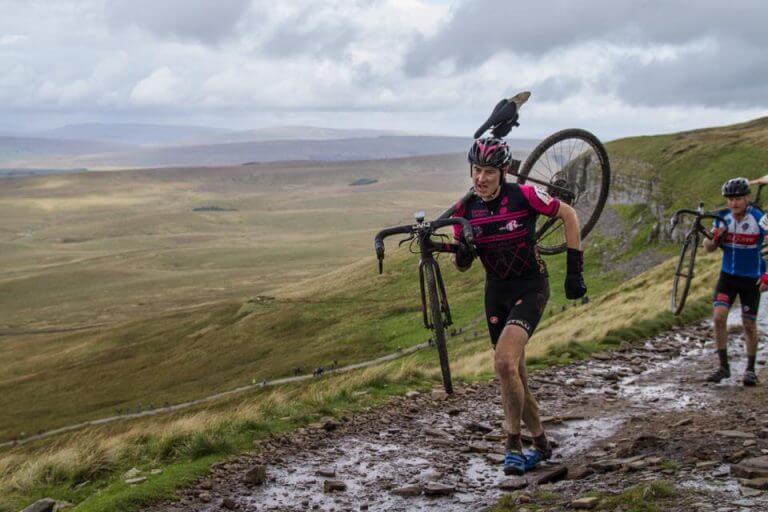 Q&A with the most Italian Sounding Club in Yorkshire

Sometimes to the un-initiated, the world of club cycling can look and feel a little intimidating when looking in from the outside. Groups of well-organised riders in matching livery filling your local lanes on the weekend come rain or shine. Not to mention how often you manage to pass those distinctive colours adorning a cyclist who’s commuting to work in the midst of winter when you’re snuggled up warm inside your car. But in reality, they’re just groups of people with plenty in common and the thing that brings them together is their shared love of cycling.

We recently went on a ride with one of our partner clubs AlbaRosa and asked their members some questions to give a little insight into the culture of a cycling club.

Alba Rosa was formed 7 years ago with the idea of being a fun and vibrant club to support people who wanted to get into cycling while also supporting local cyclist’s who wanted to race. On first viewing, you might think with a name like Alba Rosa this is a race team leaning on some Italian pedigree, but actually, it quite literally translates from Latin as White Rose which is very fitting for a club full of proud Yorkshire folk.

So without further ado, let’s get into it.

So everyone knows who you are, can you give me the elevator pitch on Alba Rosa. What you’re about and where you’re from etc.

Al Perry. Here’s the elevator pitch from White Rose to the Food court. We’re a young club founded in 2012. Mix of members from children to veterans, from pro cyclists to complete beginners. We cater for every level of rider. We have members from all over the world. Friendly, open and with members who are willing and able to take you from your first social ride all the way up to racing at elite level.

What type of riding does alba cater for?

Richard Gate. Just about every type of riding is catered for. I joined Alba from the very early days after getting a bit bored in my previous old fashioned club who never did anything new.

Whatever cycling discipline I was interested in, I found there was always someone in Alba who was either already doing it or equally enthusiastic about trying it out. Discovering those like minded people was so easy with such an active social media club presence.

I did my first ever road race with Alba and gained my 3rd Cat licence. I rode fixed, I founded the cyclocross section, organised races, helped share some mechanical skills. I’ve also learned a little about ultra-endurance racing and been able to share my experiences and hopefully inspire others.

But mostly I’ve just enjoyed riding my bike with loads of new friends who enjoy doing the same!

Alexander Scott. If it involves two wheels and pedals, we do it.

Alexander Scott. I had a real wish to try time trialing but no idea whether I’d be terrible and how to start. Corsa Rosa answered both, on my normal road bike and got me hooked. I wasn’t terrible, no one cared where I came as long as I helped out, gave it everything and had a coffee and a chat afterwards.

Rob Watson. Loads of opportunities to take up racing or training in a supportive environment. Plenty of people entering various disciplines from CX to road/Crit tracing. The club supports any level of rider from beginner to more experience.

If I was new to cycling and wanted to join a club but didn’t feel confident, what you would say to me to make me feel more confident to join Alba Rosa?

Joe Lewis. This was me a year ago! Just go for it you won’t regret it. It is nerve racking initially but you are made to feel welcome immediately. Start with the Saturday social where you are given extra attention to make sure you enjoy yourself and make it around safely, and enjoy a good chat with like-minded people in the meantime!

Pete Allison. Next time you’re riding and you see that pink and black jersey, say hello and ask about the club. You’ll get a very positive elevator pitch from a very friendly face and you’ll want to be a part of it. I didn’t even have to ask after my first Alba encounter. When I saw how friendly and proficient the group was, I wanted in!!

Alexander Scott. The atmosphere – all kinds of people, all kinds of backgrounds, no bike snobbery, no ability snobbery, everyone riding and encouraging each other.

What is your favourite thing about riding with the club?

Joe Lewis. Meeting new people and having a good conversation. As well as being taken around routes by people who know where they are going and can show you the beauty of Yorkshire on a bike

Pete Allison. The variety. The rides can be whatever you want, whenever you want. If you want some company, you can just shout and someone else will be thinking the same. All of this without a hint of elitism or snobbery that some clubs seem to ooze.

Alexander Scott. Meeting all sorts of people, chatting to them, pushing myself further than I thought was possible.

What are the benefits of being a member of Alba Rosa overriding on your tod?

Joe Lewis. See Above! + you learn a lot about how to get the best out of cycling from people who have much more experience. Whether it is to do with equipment or simply how to ride a bike correctly/better!

Where do you ride?

Richard Gate. Where I ride: I seek out the lesser used routes where possible when I lead rides. I just love exploring as well as enjoying the old favourites. It’s amazing how different commonly used routes can feel during the changing seasons. You’ll generally find me in the hills, flatlands bore the chamois off me.

And that’s it, hopefully, this has lifted the veil a little bit and given you an insight into the inner workings and culture that exists within cycling clubs. As with most things, no two clubs are the same so we’ll take a look at some more of our partner clubs over the coming months.

Finally, a big shout out to the members at Alba Rosa for contributing their thoughts and experiences, Chapeau! 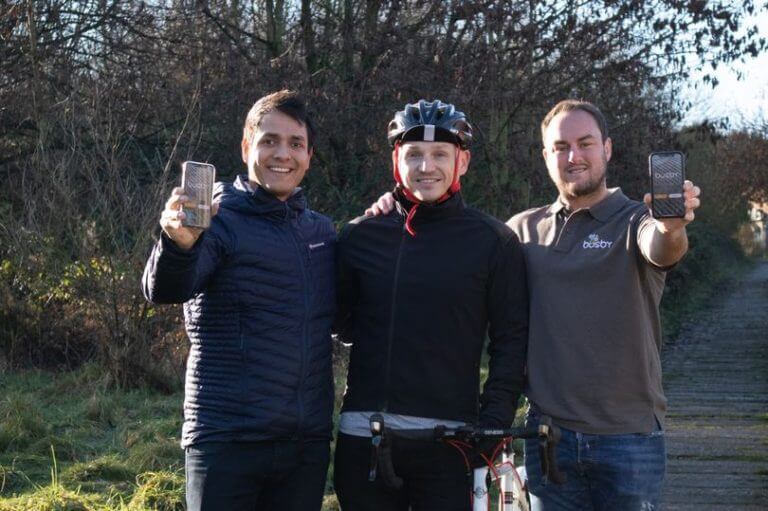 Busby: a cycling app that could save your life? 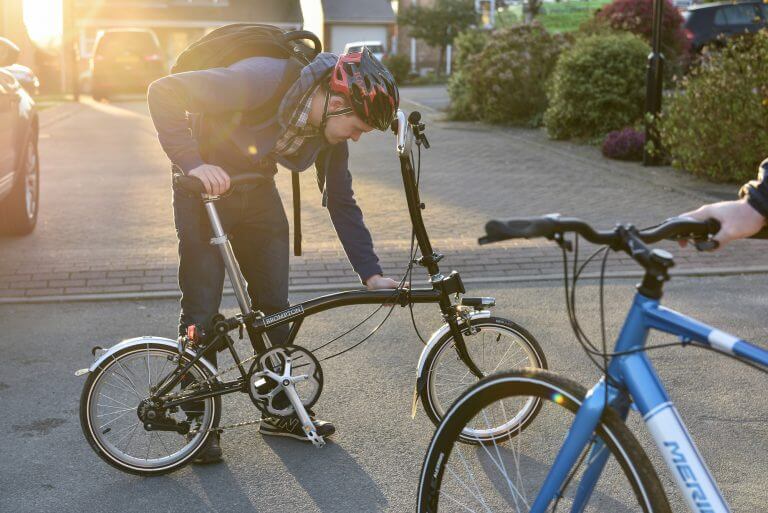 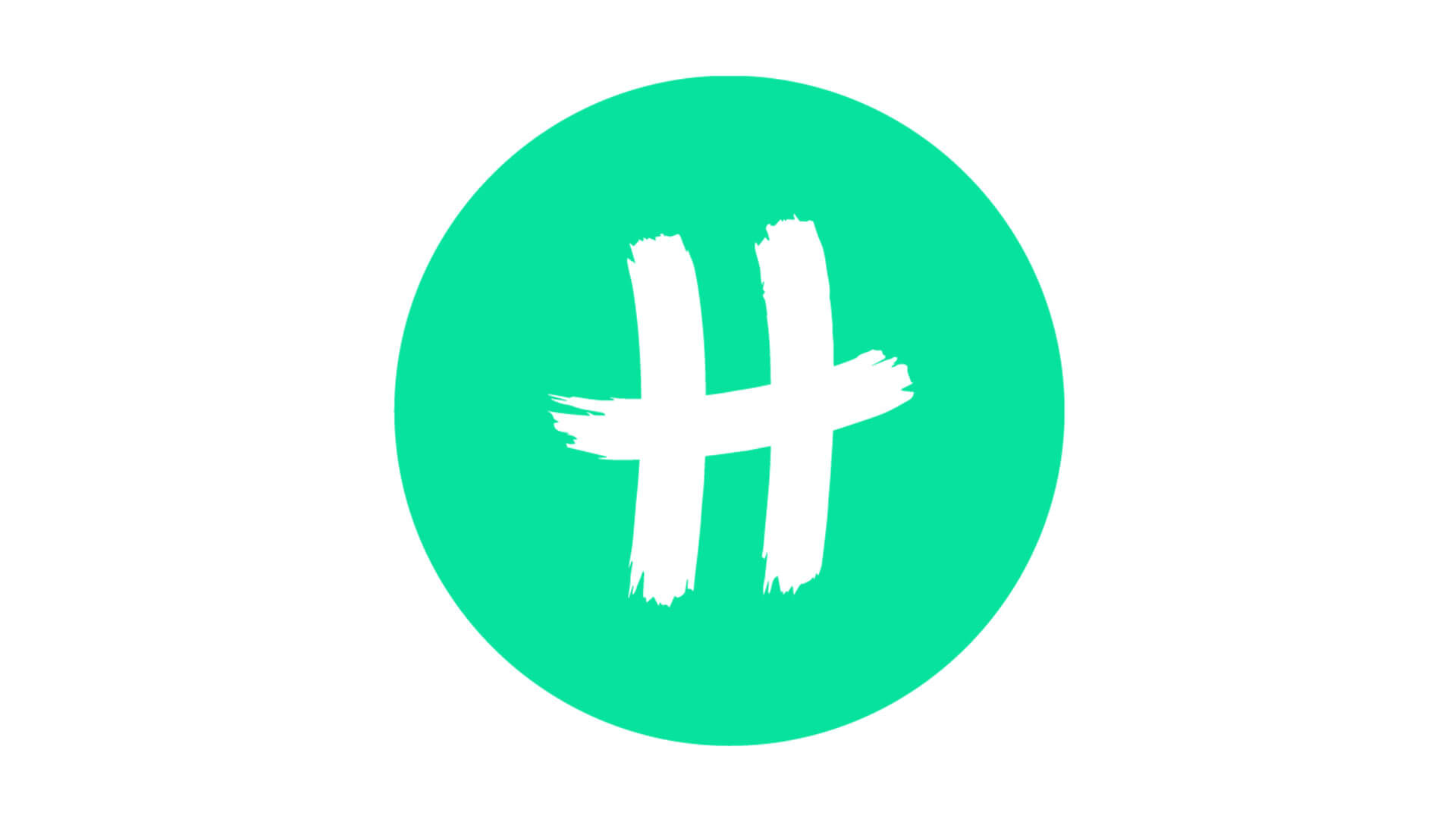 Bikmo teams up with Cycling Heroes