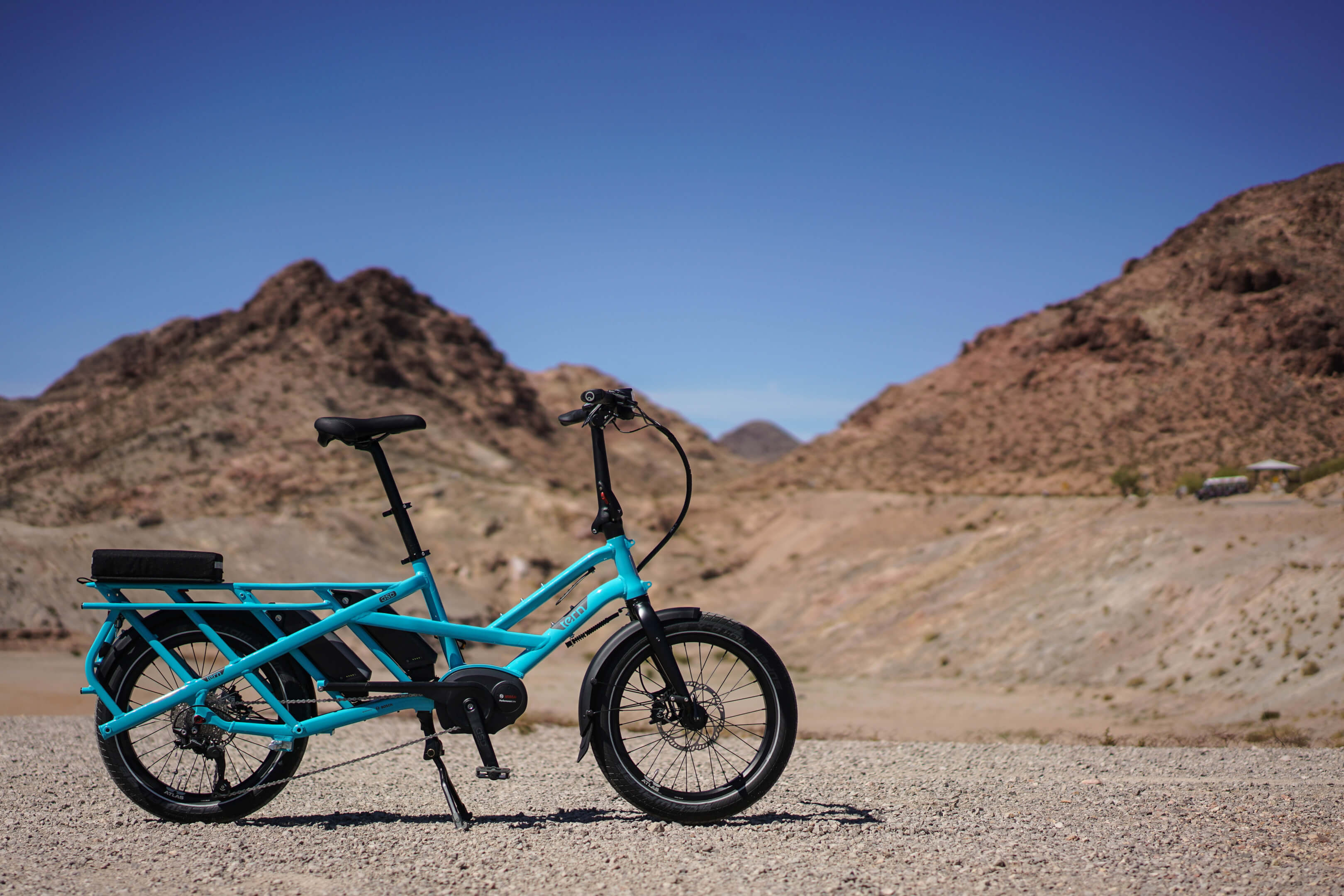 5 benefits of using a cargo bike

We understand that switching to a cargo bike won’t be viable for everyone, but if you live in an urban area, town or city, a cargo bike could be the perfect vehicle for you! Here are just some of the benefits of making the switch from a car or motor vehicle, to a cargo bike.

Fuel prices continue to be high, making the use of a motor vehicle expensive. How much fuel does a cargo bike need? Zero. Even an e-cargo bike only requires the battery to be charged, meaning you’ll still make big savings vs a car.

Another cost saving benefit of a cargo bike (assuming it is non-electric or an EAPC e-cargo) is that you don’t require motor insurance, need to pay road tax, or if you’re living in a city, pay emission charges either.

What do we mean by EAPC? This stands for “electrically assisted pedal cycle”. Find out more info on e-bikes and the UK electric bike laws.

Cycling UK also found that a cargo bike that replaces a diesel vehicle can save 5 tons of carbon emissions per year. As well as producing zero emissions, a cargo bike only takes 5% of the materials and energy of that to make a car.

The majority of cities are scarce for land resources. Again according to the European commission, in 2013, Berlin had approximately 28 kilometres dedicated to parking zones. If the city converted 2% of this space, it could create parking space for over 300,000 bicycles!

Whether it’s a standard cargo bike or an electric one, bikes get people moving. The benefits of physical activity are well documented and we know how great bikes are for getting people active.

European commission states that the life expectancy of people who regularly cycle is said to increase by 14 months. Despite moving with motor traffic on your commute, you’re also exposed to half the pollution compared to sitting inside a car.

In Copenhagen, 60 million more kilometres were travelled by bike from 2012 to 2016 which resulted in citizens taking 50,000 less sick days overall and saved their healthcare system 215 million euros.

As well as the physical health benefits, we know how much cycling, even just commute riding can also benefit your mental health.

Transportation – Does the job of a car… sometimes even better

A cargo bike can be perfect for any short trip. The cargo load-carrying element means there is space for shopping, kids, making deliveries or transporting your Christmas tree…

Using a cargo bike over a car to do the shopping means you can avoid the issue of finding a parking spot at a busy supermarket or store. You can leave your cargo bike next to the front door of the shops, along with all the other bikes. Just remember to use a solid lock – Best Bike D Locks

A cargo bike is also great for the school run. Again, it means busy car parks, car pick up/drop off areas and similar can all be avoided. Get all the way to the school gates, without the usual hassle, all while using zero fuel (apart from carbs).

Despite being large enough to carry passengers or a load, most cargo bikes are still small enough to take shortcuts, meaning you can take shortcuts and avoid busier roads. Whether that be a cyclepath, narrower street or canal path.

The versatility of a cargo bike makes it great for everything mentioned above, as well as commuting, running errands, family days out and weekend adventures.

The more people on bikes, the less cars on the road. Transport for London (TfL) reported in 2020 that as a result of the pandemic, many more people walked or cycled for their journeys compared to 2019. The number of kilometres cycled by the population increased by an estimated 46 per cent.

A recent report by the Barcelona Institute for Global Health predicted that an increase of bicycle infrastructure could result in a 10,000 drop in annual premature deaths, across all European cities.16

If streets are transformed to accommodate bicycles, it will save lives. Not only by decreasing traffic accidents, but also reducing the effects of pollution and sedentary lifestyles.

Where bicycles are catered for, so are cargo bikes.

Read more of our top tips on cargo bikes and commuting: 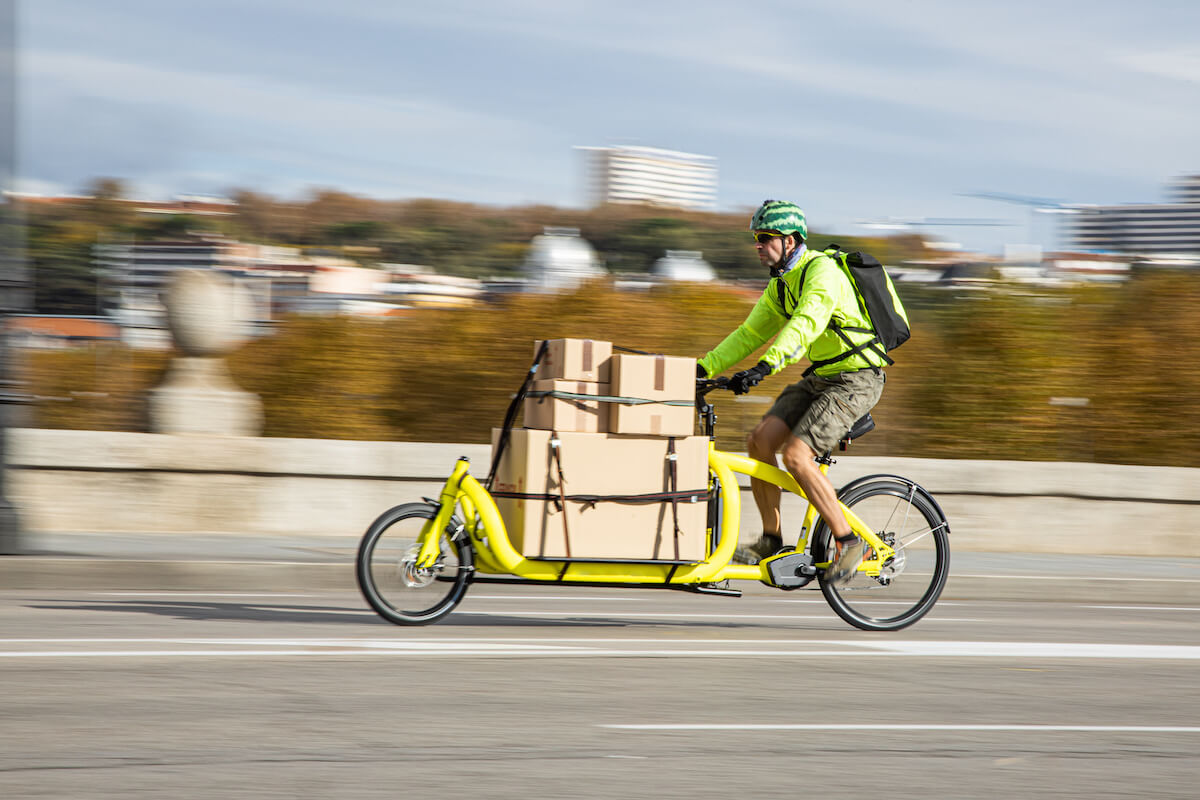 Should you buy an electric cargo bike in the UK?

June 14, 2022
It looks like you're outside of the UK
Select a country to view Bikmo products and services tailored specifically for that location.